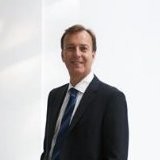 Radical Traditionalism? What keeps the RCA and other centennials at the top of their game?

This article was originally published on LinkedIn on November 13, 2018 and has been reproduced with permission.

Today I participated in the Leaders in Sport Performance Institute Conference in a session moderated by @Alex Hill, Co-Founder and Director of the Centre for High Performance.

The truly international audience comprised coaches, leaders in talent, performance and scouting from rugby, cycling, football and the armed forces. The theme? ‘Radical Traditionalism’ – lessons in sustaining success over 100 years.

The audience may have been new to me, but the subject was certainly not. As head of the world’s number 1 ranked art and design university, I think hard about what it is to be entrusted with a prized thoroughbred such as the RCA, and how one can continuously strive for improvement.

Over the past two years, I’ve been interviewed by Alex Hill as part of his research into the traits that define a small, diverse group of institutions that have built and sustained success for over a hundred years. Fellow guinea pigs in the trial were the Royal Shakespeare Company, Eton College, the All Blacks and the Royal Marines.

What puzzled Alex was the fact that most top FTSE 100 or Dow Jones companies held on to their number one slot for only a period of a few decades at most, before succumbing to competition. What was it about the RCA and these other ‘centennials’, as he called us, that enabled us to remain at the top of our game – for nearly two hundred years in the case of the RCA?  Alex’s findings are more fully outlined in his Harvard Business Review article.

At the RCA, we coined the expression ‘radical traditionalism’ to describe ourselves at one of those typical, senior management awaydays in 2015. The phrase stuck, because as creative people we’re attracted to  provocative paradoxes.

Always conscious and proud of our heritage and the amazing alumni who had studied at the RCA, we can certainly claim the ‘traditional’ bit. Royalty has been part of the Royal College since Queen Victoria’s daughter Princess Louise studied Sculpture with us, and we’ve been proud to have HRH The Duke of Edinburgh and HRH The Prince of Wales serve as our royal patrons. We protect the values and ethos of being a very British institution operating on a global stage.

But slicing across, at jagged and unexpected angles, is the RCA’s radicalism. A restless, edgy, single-minded determination to disrupt and recreate; one of our deans described the RCA as an ‘unfinishing school’. The brain trust of any university is its richest resource; and we invest a lot of energy looking for both the right students and the right professors to sustain us.

An employer in one of our graduate employment surveys reported that he would never hire RCA alumni because they’re just too entrepreneurial and don’t want to be told what to do! This is something of an exaggeration – companies as diverse as Burberry, Dyson and Volkswagen are, or have very recently been, led by RCA graduates.

Whether leading their own business or being chief creative officer at a large plc, RCAers want to lead in an unorthodox manner; what our head of fashion Zowie Broach last year described as conceiving ‘a walk without a cat’ – rather than a catwalk show.

When searching for a head of Fashion in 2015, every candidate we saw interviewed spoke about how they would burnish the Fashion Programme at the RCA. Zowie said that if she got the job, she’d want to take her students to CERN, teach them coding, tell them to read W G Sebald and then take them for walks in Sebald’s Suffolk. She got the job.

And my job as head of the institution, is to find precisely such talented individuals who present their staff, students and institution with radical traditionalism. One of Zowie’s Fashion Womenswear students Louis Alderson-Blythell graduated in 2017 and, with two fellow students from Architecture and Communication Design, created start-up company Olombria based in our business incubator, InnovationRCA.

Olombria’s goal is to increase pollination rates among high-value crops such as almonds and avocados. Not the orthodox route for a trio who’ve studied tailoring or architecture.

Another successful RCA graduate is Roland Lamb, who invented the high-tech music product Seaboard. Roland came to the RCA from Harvard, where he’d studied Sanskrit. He was a keen amateur jazz pianist – but had absolutely no product design or engineering background (the Master’s programme he joined at the RCA). He graduated in product design, went on to do a PhD at the RCA and then founded a company which exports around the world and whose Roli Seaboard Block is stocked in Apple stores, no less!

Our success as a centennial is built around creating a gene pool that is extremely diverse, and which – in turn – attracts people from very non-conventional backgrounds: Dr Farhana Safa, a female, British-Asian eye surgeon from Moorfields Hospital who’d never studied design and came in 2016 to study automotive design at the RCA – and was snapped up instantly upon graduation in 2015 by Land Rover. So traditional we might be in terms of our name, longevity and values, but across successive generations we’ve taken a punt and fostered radical creativity from over 70 countries.

Scale and specialism are also core ingredients of centennial success. Alex Hill’s research does not cite Cal Tech in the US, but as someone who’s only ever worked in small organisations, it is a university that fascinates me. Cal Tech is a scientific powerhouse founded in the 1890s that can claim 39 Nobel Prize winners; a small community of 300 professors and researchers working with only 2,000 postgraduate students.

Cal Tech is a science-only university; the RCA is art and design only. We are both the same size, roughly the same age, and can both pride ourselves on a high staff-to-student ratio, working exclusively at the postgraduate level. We have a singular purpose, and – due to our scale – are able to be fleet of foot, fostering cross-disciplinary partnerships through chance encounters in corridors or coffee shops, because social spaces have to be shared on small campuses.

The RCA ArtBar is legendary for being the social space in which painter David Hockney danced the cha-cha-cha with a furniture student, but it’s hosted many more important interactions. Being small, having a few select watering holes, means that an architect breaks bread with a car designer; a city design planner shares a studio alongside an animation film maker. I’m told the same opportunities for chance encounters exist at Cal Tech.

At the RCA, we very consciously place our business incubator – stuffed full of young techies – next to that most ancient of crafts, Ceramics. The two tribes look into each others workspaces, and – hopefully – might pause to think in a different way or use a different material. Vast multi-faculty campuses of 40,000 students are necessarily spinning multiple plates on multiple poles; of course there’s business strength in diversification and economies of scale. But building capacity and critical mass in a very few, select research areas in a small specialist university –  like Cal Tech or the RCA – creates clarity of purpose and a very particular focus on excellence.

Success of course breeds success. But success and talent pools can also interbreed and spawn ‘group think’ or complacency – which is the most insidious canker that leaders in centennial organisations are likely to face. Inertia – because ‘this is the way we’ve always done things’; harking back too frequently to the institution’s past glories, suggests that you don’t have a powerful vision for the future.

The art-school crit is shock therapy for group think: the observer is confronted with something new and has to respond without any prior points of reference to a work in that particular moment; the artist, in turn, receives first-hand feedback from her peers. Both observer student and artist student must navigate a new set of conditions.

Alex’s research unearths many more of these defining traits, but – in summary – I’d say that our continued success is built on taking a risk with individuals from non-traditional academic backgrounds or life experiences that lead to exciting discoveries; combating complacency; emphasising the social aspects of learning and how this can lead to more formal research partnerships; the clarity of institutional purpose; and relishing paradox – by embracing the seemingly contradictory currents of traditional and radical.